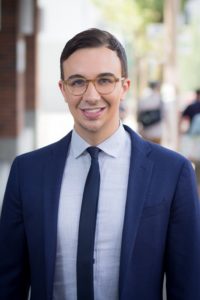 After completing the Bachelor of Science in Nursing Degree at the University of Washington in 2009, Kevan quickly obtained a job at Virginia Mason’s operating rooms. While there, he served as the youngest charge nurse for the hospital’s surgery center and specialized in the Facial and Reconstructive Plastics and Ear Nose Throat (ENT) Surgery. During this time, he worked closely with Dr. Craig Murakami, MD, a leading facial plastic surgeon, who emphasized the importance of revision and reconstruction while maintaining a natural appearance in patients seeking treatment. He also became well versed in facial anatomy and assessment while assisting with surgical and aesthetic procedures.

Three years later, he joined Calidora Skin Clinic, later to become SkinSpirit, where he refined his injection skills and naturally artistic eye. During this time he took part in many trainings from world-renowned injectors including Michael Kane MD, Steve Yoelin MD, and Mauricio De Maio MD. In 2015 he was recognized in 425 Magazine’s 30 Most Successful People Under 30.

As of late, he has been recognized for his efforts to educate people on the importance of natural looking BOTOX® Cosmetic and filler. Patients report that Kevan’s results leave them feeling refreshed while maintaining their natural features. He has been recently given praise by industry leaders in his use of Hylenex to dissolve filler for a more pleasing and natural Aesthetic result for clients that have been over injected – a subject previously taboo in the industry.

Kevan now brings 8 years of innovative injection and aesthetic procedure experience to work under Dr. Jodie Reinertson, MD at Cosmetic Skincare. He is currently completing his Doctorate of Nursing Practice (DNP) and his Family Nurse Practitioner (FNP) degrees at Gonzaga University. When he is not working or completing his coursework for Gonzaga, Kevan enjoys working out with his trainer, cooking and relaxing with his partner and two American Shorthair cats.

Cosmedic Skin Care is phenomenal. I love Dr. Jodie Reinertson and her staff is amazing. I’ve been here a handful of times and always achieve my desired results.
~ Kristina S.

Clarifying Daily Pads
Ideal for acne-prone and oily skin, these pads help remove dirt and debris from the surface of the skin…
Product Info